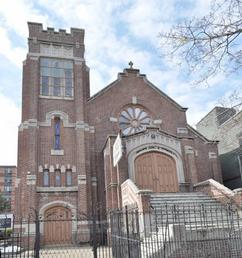 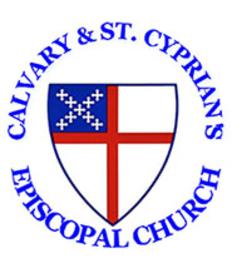 The History of Our Church​​ ​

​The church of Calvary & St. Cyprian’s, the beautiful Gothic structure stands tall in the heart of the Bushwick community as a beacon of light not only for this community but for other communities. The internal architectural splendor of Calvary & St. Cyprian’s is a credit to the faith and generosity of our Christian fore parents and an inspiration to the current congregation. The services of this parish reflect a mixture of the rich flavors of West Indian Anglican an American Episcopalism.

After years without a permanent leader on November 1, 2012 the Reverend Canon Charles H. Holdbrooke was assigned to Calvary & St. Cyprian’s as “Priest in Charge”. On June 1, 2014 Fr. Holdbrooke was duly elected by the Vestry as the Sixth Rector of the Parish. He was instituted on October 4, 2014. He believes in a shared and collaborative model of ministry.

Calvary & St. Cyprian’s have made great strides in spiritual worship. On Wednesday’s we have Bible Study from 6:00pm to 8:00pm and Intercession on Friday’s from 12 noon to 1:00pm.

On October 6, 2017 Calvary & St. Cyprian’s will celebrate their 60th Anniversary of their merger as well as one hundred and sixty-seven years of ministry in the community.

We thank God for those who have faithfully served this parish, both priest and people. As we move forward we pray that God will continue to Bless this Parish.

The original Calvary church building was located on Marcy Avenue and South 9th Street in Williamsburgh until 1903 when it was sold to the Y.M.C.A. It was later demolished to make room for the construction of the Williamsburgh Bridge.

Calvary Church has had a long and challenging history. The Calvary Protestant congregation moved many times but began service in 1869. The structure was moved from Bushwick Avenue between Kosciusko Street and Kossuth Place in 1892.

The current brick church was built on the present site in 1903 and the first service was held on June 21st of the same year. It was subsequently consecrated on October 7, 1903 by the Bishop of Long Island.

This building however did not have a long life after it was destroyed by fire on February 6, 1910. The task of building the church seemed unattainable to the Rector and congregation however with the help of caring concerned friends as well as neighbors they were able to accomplish their goal of opening a new church building on March 5, 1911.

St. Barnabas Church of Bushwick Avenue had a large mortgage placed on it some years prior and unfortunately the bank finally foreclosed. In this emergency Calvary Church situated at South 9th Street and Marcy Avenue came to their rescue. For some years the Rector, Wardens and Vestry of Calvary Church had under consideration the project of moving to another part of the city. As fate would have it the Young Men’s Christian Association offered Calvary a fair price for their Church property. They sold their property and bought Saint Barnabas Church, paid its debts in full and changed its name to Calvary Church.

During this period Fr. Beckles was able to invest in a school and a summer camp. (The Mount View Camp, in Haines Falls, New York). The Rev. Overton W. Gilkes was the first Principal of the school.